New York Times best-selling author Katie Beers is a survivor.  Before the age of 10 years old, Beers survived physical, emotional, verbal, mental and sexual abuse.  She then made national headlines on December 28th, 1992 when a close family friend abducted her when she was 9 years old and held her captive for 17 horrendous days in an underground bunker built specifically for her.  On January 13, 1993, John Esposito, Beer’s abductor, finally broke down and told his lawyers that he had abducted her.  The abduction changed Beers life forever in many ways, including creating an opportunity for a better life.  After her abduction, Beers was placed in a foster home, where she should have been for years, receiving love, support, stability, structure and psychological care. 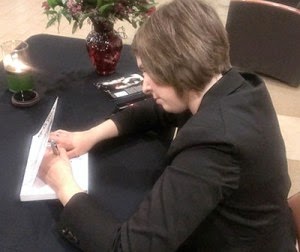 Beers authored Buried Memories to share her never-before-told true story of survival and recovery which quickly became a New York Times best seller. Katie, at the center of a national media storm, dropped out of sight 20 years ago and until now has never spoken publicly. Her January 2013 book release and subsequent media appearances in People, Newsday, “Dr. Phil”, 20/20, and others, marked the first time she has ever revealed her story publicly.
Now an inspirational speaker, Beers feels blessed to share her story of recovery to the world.  She is married with two children and hopes that they and other children can grow up in a world where people are aware of abuse and neglect warning signs.